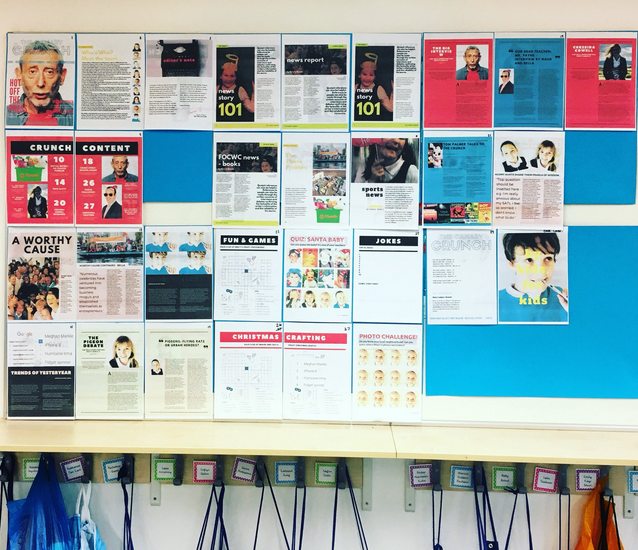 If your school does not yet have its own magazine or newspaper, founding one can be an amazing opportunity to encourage reading and writing across the whole school community. It’s a fantastic way to get kids into journalistic writing, generating their own ideas and taking ownership of a producing a publication. Starting from scratch can be daunting, but in the end it is most definitely worth it.

Building Communities of Engaged Readers (Cremin et al, 2014) recommends that, in order to influence children’s attitudes, motivations and achievements as readers, you must first focus on the children – learning about them, their reading habits and interests. I began digging around using informal discussions, observations, reading rivers and more formal literacy surveys to find out more about the children’s reading identities and preferences. It quickly became clear that many of them shared a passion for magazines and enjoyed reading short, snappy articles for fun and enjoyment. We immediately set up a magazine rack in the class book corner with some of their favourites, which proved incredibly popular, and the children now regularly donate magazines from home.

I noticed that they often shared articles or interesting facts and engaged in ‘book blether’ (a phrase coined by Teresa Cremin), pausing between articles to read aloud and taking time to chat about what they had read. They were making connections to people and events, as well as their learning, and it was helping them to make personal sense of the stories they were reading. I soon realised that I had hugely underestimated the power of magazines. Not only were they hooking in even my most reluctant readers but they were also engaging my readers socially with ‘magazine talk’. When I started thinking about the potential, it was a bit of a light bulb moment. And, just like that, the idea of Media Club was born.

My career history lies within in Public Relations (an industry I worked in for several years prior to teaching) and journalistic writing is something I have always enjoyed. There is an unmatched feeling of accomplishment and pride when you see your own writing in print and I wanted children to experience that. I also wanted to share my experiences as a teacher-writer and show them how to run their own publishing house.

The Media Club concept was two-fold: I wanted to combine reading for pleasure and writing for pleasure. I was looking for a way to get the whole community engaged in reading for pleasure as part of my OU Reading for Pleasure Book Group and I wanted to inspire writing through authentic purpose and audience. I wanted to implement something that would impact the entire school and encourage all children, as well as the wider school community of parents and teachers, to engage in Reading for Pleasure. I was also searching for a platform upon which they could share their voice, ideas and creative writing with the wider community – and what better way to so than through the pages of their own publication?

How it was made possible

Media Club met once a week with the end goal of producing a termly school magazine that could be read and enjoyed by everyone. It was important that the content choices and editorial decisions were made by the children so, during the first few sessions, we began exploring who the children were as readers. They brought in their favourite magazines and snippets of articles that interested them and we explored our personal preferences and reading identities. We made recommendations to each other and began to pull together content ideas for the magazine that we all enjoyed. The children were given complete freedom over editorial decisions and we elected an Editor and Deputy Editor to help make key decisions. 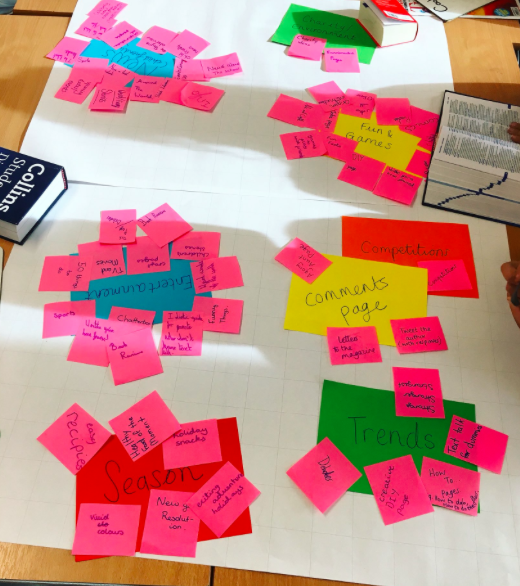 Each week between sessions, the children read widely for inspiration and ideas and they were enjoying it. I didn’t ask them to read at home, it wasn’t a requirement of the club, they had chosen to do it. Every time I passed a member of the Media Club in the hallway or in class, they would strike up a conversation about some new piece of information they’d discovered, an idea they’d had for a feature or something that they thought would be an interesting read for others too. They were firmly fixated on what they thought their readers would enjoy. We had such a range of features – from interviews and mindfulness colouring, to jokes pages and photo quizzes, to aritcles about Palm Oil and a debate about Pigeons (based on some writing we had done the previous year). Ownership over editorial content was key. 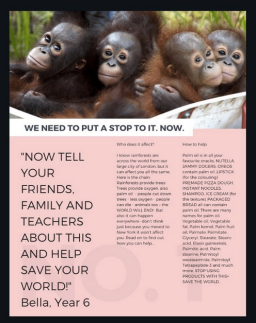 They’d even considered children lower down the school – producing colouring pages and simple word searches for the younger children. The importance of them choosing their own content was crucial, as it spurred them on to read around their chosen topics even further. They were excited and engaged by the project and during each Media Club session you’d see children both reading (and writing) for pleasure. It was incredible. 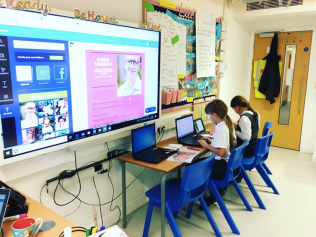 I tried to make the writing environment as authentic as possible, with magazine mock ups on the wall for proofing, laptops and iPads for research. Children typed up their articles in Word and we then pasted them into the magazine templates on canva.com to create a professional-looking magazine. The children were thrilled with the end result.

Much of the magazine content revolved around books and authors, with reviews and recommendations taking up a large proportion of the magazine pages. One of the biggest perks was that they succeeded in setting up interviews with some of their favourite authors (Michael Rosen, Piers Torday and Tom Palmer). Inevitably, this led to a further reading frenzy as children swotted up on the authors’ books and biographies prior to each interview.

Although the club had only been running for a matter of weeks, a sort of giddy anticipation had begun to build around the school as we neared publishing day. The excitement surrounding the launch was palpable amongst the children in Media Club and beyond, as news had quickly spread throughout the school. The children were engaging in ‘magazine blether’ inside and outside of the classroom, even telling their parents and families about it too. Chatter about books and authors had even spread to the playground. It became almost impossible to get your hands on any Michael Rosen, Piers Torday or Tom Palmer books from the library. I was often stopped by children around school asking when they could get their hands on a copy.

We took full advantage of the hype and began to add to the excitement with posters, teasers in the school newsletter and a special assembly led by the children to officially launch the magazine. We also had a VIP launch party for the magazine and invited parents and teachers along to celebrate the magazine. Over 30 people attended the launch and it was a huge success!

The Media Club members delivered the Autumn Issue to all classrooms at lunchtime and children could be seen reading it all around the school that afternoon, as well as teachers in the staff room. Parents even emailed me to express how much they’d enjoyed reading it at home!

“We would like to congratulate you all for your fantastic work. The magazine is amazing! We could see the immense amount of work. Yesterday, we had a great time reading it together. We are looking forward to reading the next issue! Keep working hard and believe in yourself. Thank you very much.”

“Thank you so, so much for the launch party today. We all had a great time. Child D has loved media club so much. She’s so enthusiastic about it every week. She didn’t really enjoy reading or literacy until recently but has really changed over the last term – I’m sure that her involvement in media club has a huge part to play in this. Thank you so much.”

The Canary Crunch had been distributed to families in every single book bag and placed in all of the book corners throughout the school, as well as a few copies for the school library and main entrance hall. Several children, who hadn’t previously shown much interest in reading, had chosen to read the magazine during their precious ‘Golden Time’  or snack time and some were even taking it out onto the playground to continue reading outside. Many teachers commented on how it had been a ‘hot topic’ in their classrooms for weeks to come.

We’re continuing the Media Club again this term and the new Media Club are busily working on the Spring Issue. It’s a much shorter term and I’m sure it will prove to be a challenge but it will, of course, be worth it in the end!

Marrying reading and writing for pleasure through fun, engaging projects where children are given choice, purpose and audience has been so successful that we’re already diversifying into other clubs that will hopefully have the same impact as the magazine. We’ve introduced a Blogging Club for the Spring Term and, next term, I’ll be introducing Comic Book Club in which I hope to produce the school’s first comic!

If you have any questions or comments, please add them below… Thanks for reading!